I discovered an easy way to bypass the Windows Defender Attack Surface Reduction Rules using code inside a macro. This issue has already been fixed with the Windows Defender virus definition version: 1.263.536.0 and above. I was first told to report this to secure@microsoft.com, but it turns out that these kinds of bypasses are considered just as a malware miss by Anti-Virus.

quote from case handler at MS:
<quote>
Kindly note that ASR feature is not a security boundary in operating system and it is not advertised as such either. ASR is a protection feature in Windows Defender Advanced Threat Protection Suite. We treat it similar to malware miss by Anti-Virus – ASR is part of layered defense in-depth strategy to protect users. The fix I mentioned is part of Windows Defender protection update and is automatically delivered to windows defender clients that contact cloud.
</quote>

I then learned from the case handler that these kinds of bypasses should be reported from this webpage instead:

If you are not familiar with Windows Defender Attack Surface Reduction Rules, you can find very detailed information about it here:

These are special rules you add to Windows Defender so it becomes harder for an attacker to actually do certain stuff with a macro attack. In my lab I have enabled all the rules and I did this just by adding the rules found on the link above to this Group Policy settings: 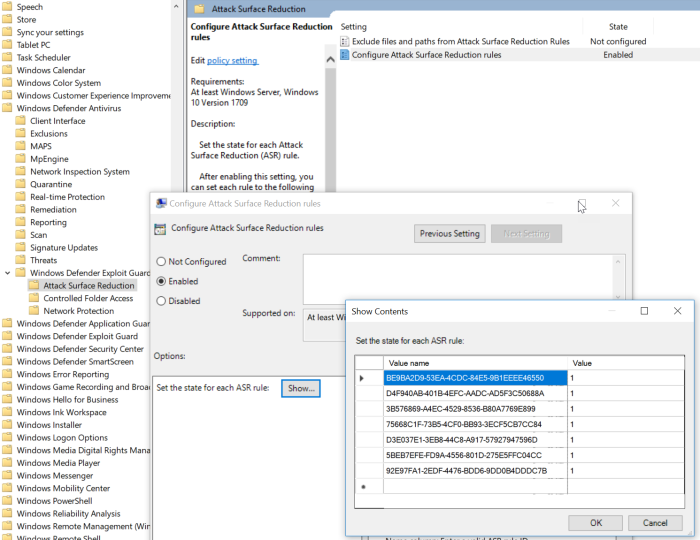 Overview of the what the different rules does: 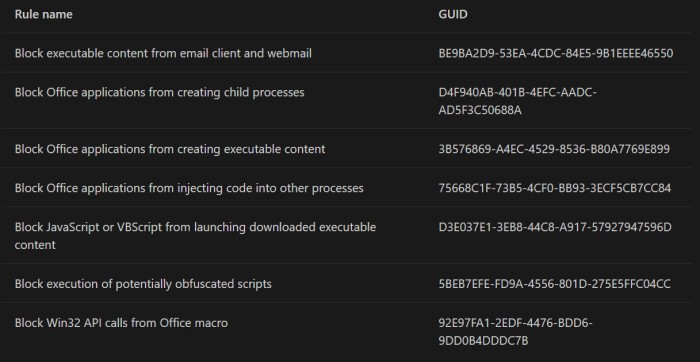 To verify that the rules work I created a macro inside an xls file and tried to execute it. The macro code looked like this: 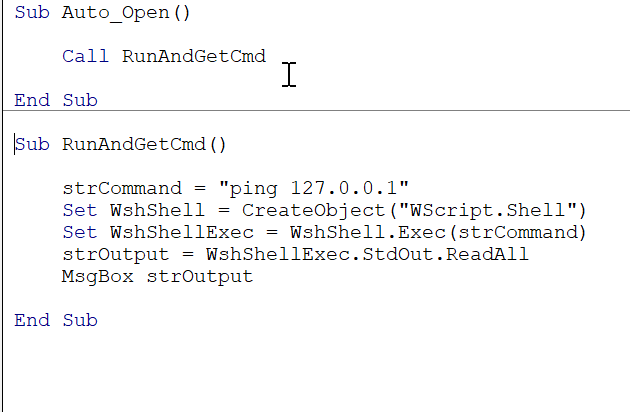 As you can see from the code it will try to spawn ping.exe. When I execute this code it failed and it looked like this:

You can also verify that it blocked by looking in the event viewer. I recommend that you download and import the XML file from the Exploit guard evaluation package from this link:

It also have documentation on how to import it with a nice gif.

When you have imported it you can view the events like this under the Custom views: 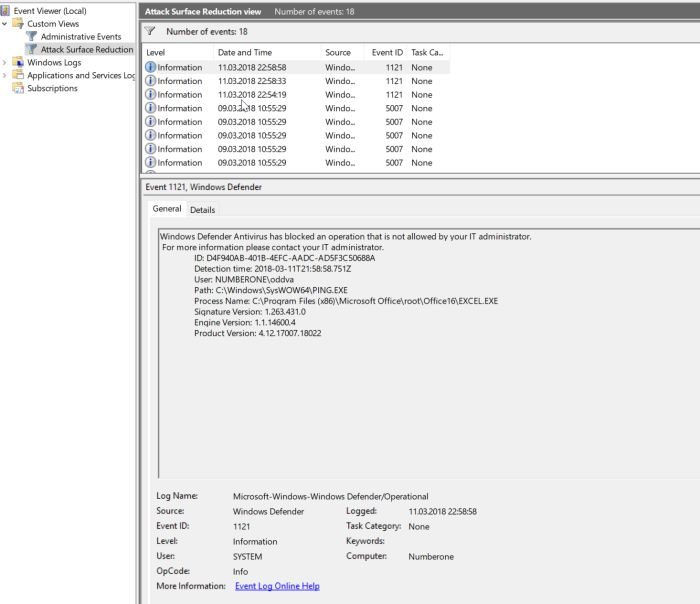 If you look at the code you will see that I am first write code to a batch file, but named as a text file. After I am done writing to that file it uses the filesystemobject and the movefile method to rename the file and move into the current user startup folder.
This was actually all the magic I had in this bypass. When doing it with a move instead of directly trying to write a batch,vbs or any other file it would bypass the rules.

I also retried the bypass after the signature update and it is now blocked. Great work by Microsoft for fixing this so fast.